Ski Cross is a relatively new branch of skiing, where four participants compete at the same time on fast-paced courses comprising jumps, velodrome curves, terrain waves and other features. The Ski Cross area in Hemavan is designed so that everyone can have a go, whatever your experience level. John Lindh, chief trainer of the Swedish Ski Cross team, designed the course in Hemavan, which was a major success in its first year.

The Ski Cross course is adjacent to Länken (between the Centrumliften and Kungsliften lifts), where skiers old and young can compete against each other in a fantastic mountain setting.

We are proud sponsors of the Swedish Ski Cross team! 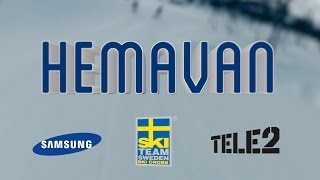