Anders Pärson is going back to his roots

Early morning racecourse setting has been switched for bird hunting. Fancy alpine restaurants for nature’s pantry. Worldwide media attention for the wilderness. Anders Pärson has returned to his former life and cherishes every moment. He is father and former coach to Anja Pärson, one of Sweden’s most successful international alpine skiers of recent times. And Hemavan is home.

“No. This is how it should be,” he says as he perfectly prepares his own-caught arctic char over a fire.

We joined him for a day in early spring. The weather is perfect and we are in Umasjö some 20 km north of Hemavan. We had set out a few hours earlier on snowmobiles and headed to Överuman to empty the fishing nets Anders had put out.

There’s a pretty big difference between the alpine circus we were part of and the way we live now. It was stressful, being on the road. I think I appreciate this life even more because of that. But it was a luxury to be able to be with the family anyway.

He pulls an arctic char of at least a kilo from the net. A kick for an enthusiastic fisherman. “Wow, big boy,” he says. And these are the kinds of kicks he gets nowadays, the glimpse of a moose, the catch of a ptarmigan. A world away from racecourse inspections and ski testing.

But how did he manage to instil in Anja that psyche and that best-performance-when-it-matters mentality? “There are all kinds of theories, but I like to think that her upbringing was some part of it. This place is so simple,” he says smiling as he takes in Artfjället and Norra Storfjället mountains around us.

“Of course the high mountains of the Alps and the many slopes provided better conditions for training, but this is where we lay the foundations,” says Anders. “We had our favourite place, Kungsliften in Hemavan. And when we stood in some lift in the Alps we would often say, “Just think, we’ll soon be able to go back to Kungsliften.” Arriving up there at five in the morning and seeing all of Norra Storfjället in front of you… if you can’t be inspired on a day like that, well I don’t know…” 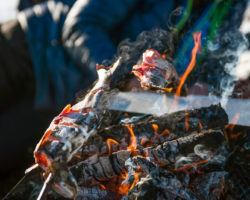 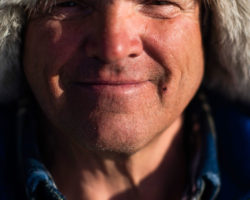 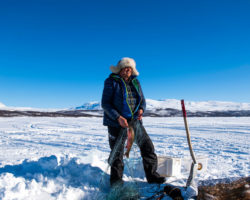 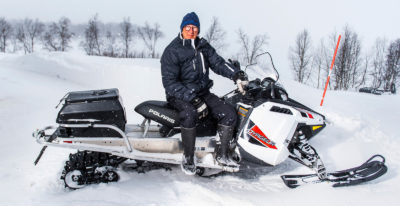 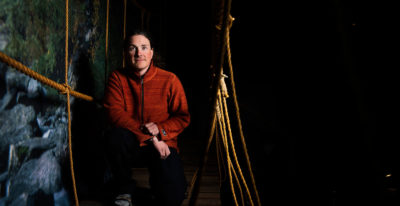 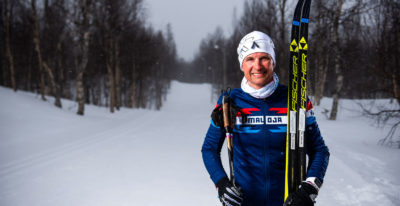