Alpine tours in a different league

“Hemavan offers the best ski touring in Sweden. No other ski resort offers this many outstanding alpine tours so close by. Forget Åre, forget Riksgränsen – forget them all. Hemavan is in a league of its own,” says Gunnar Andersson, who’s worked for Åka Skidor magazine for many years.

But it took Gunnar almost 50 years to discover just how magnificent Hemavan is – an oversight which he blames in part on a childhood trauma he experienced.

– I so did not enjoy my first skiing in Hemavan! I’d just started school and nobody in my family had ever visited the mountains, even though we didn’t live all that far away. The slope at the Alpine hotel was incredibly steep. I never did manage it,” he remembers. 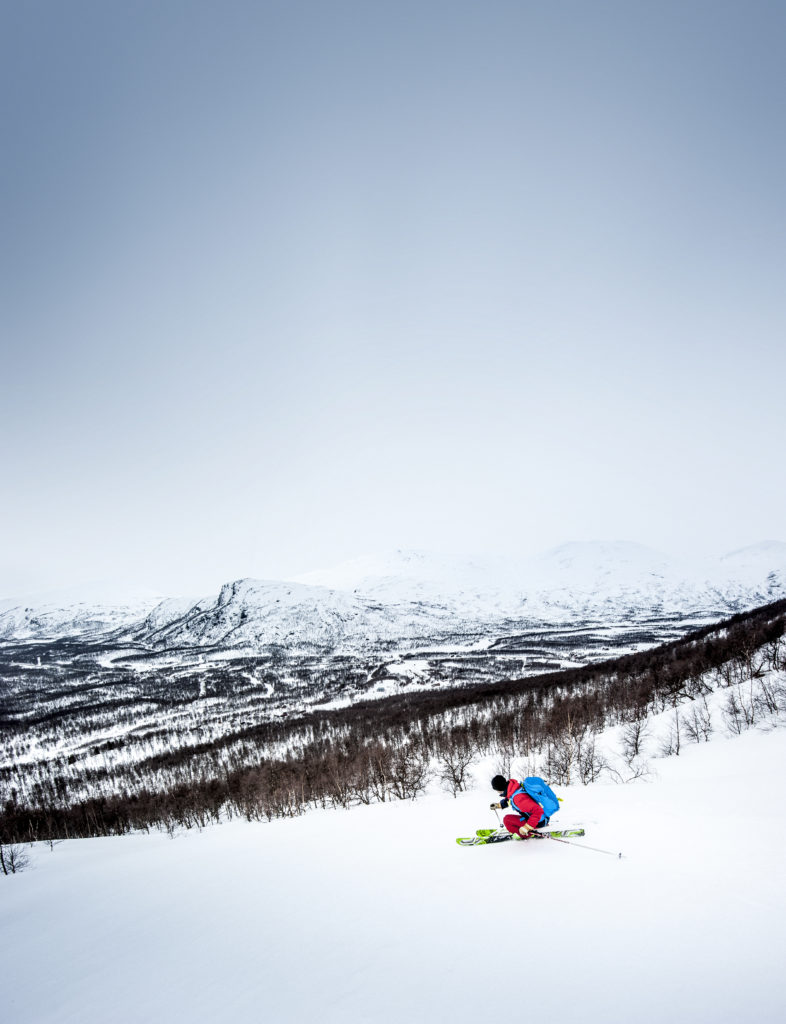 Half a century’s worth of adventures on skis later, Gunnar was reacquainted with Hemavan. And was completely floored. He visited skiing favourite Gemken, whizzed down Kobåset and enjoyed skiing in the powdery snow at Daalåejvie. He cruised through sparse birch forest and marvelled at how deserted, how untouched it all was. The reaction from the local population was reserved.

– The last time I returned from there and waxed lyrical to one of Hemavan’s busier mountain girls about the fact we’d been completely alone out there in the birch forest, all she did was look at me and say, laconically, ‘mm, there’s rarely anyone there.’ Hemavan’s pampered ski mountaineers don’t seem to have realized what I now understand.”